Originators send requests to Receivers via primitives. Originator and Receiver can be an AE or a CSE.

Each CRUD+N operation consists of one request and one response primitive. 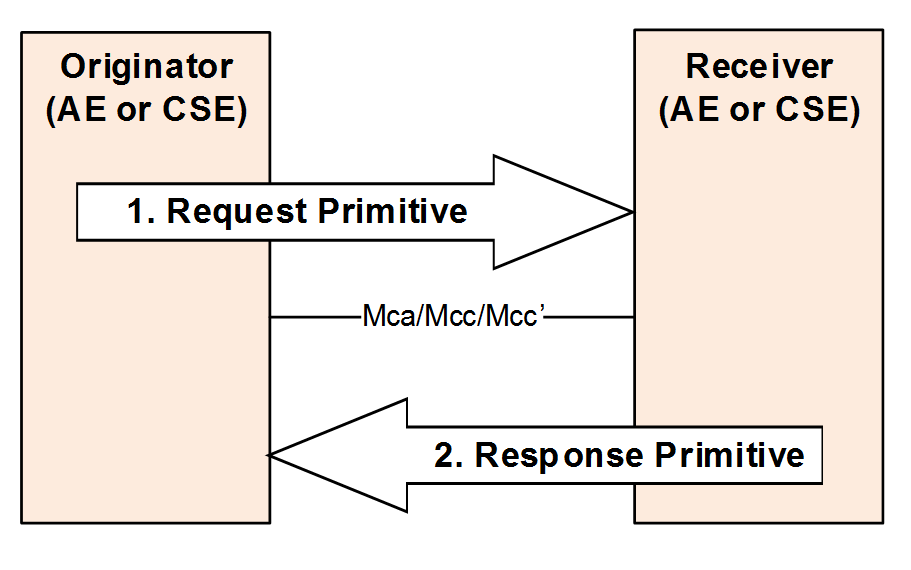 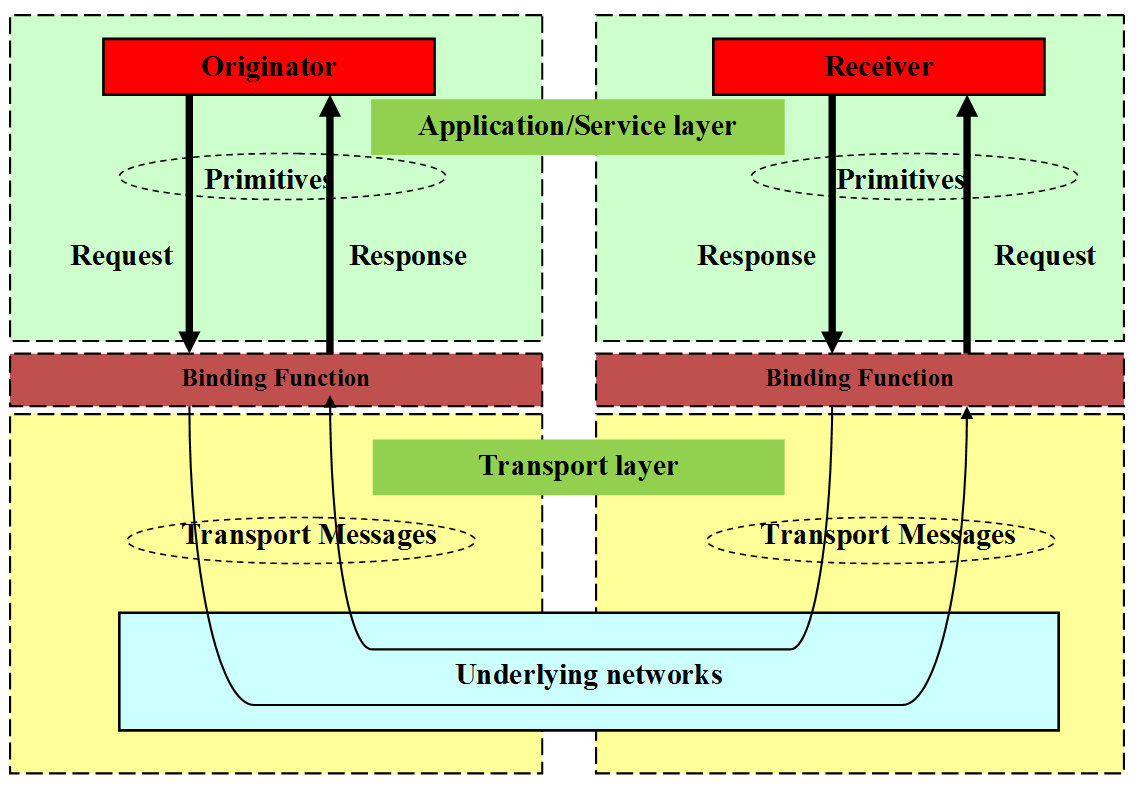 A primitive consists of two parts; control and content. 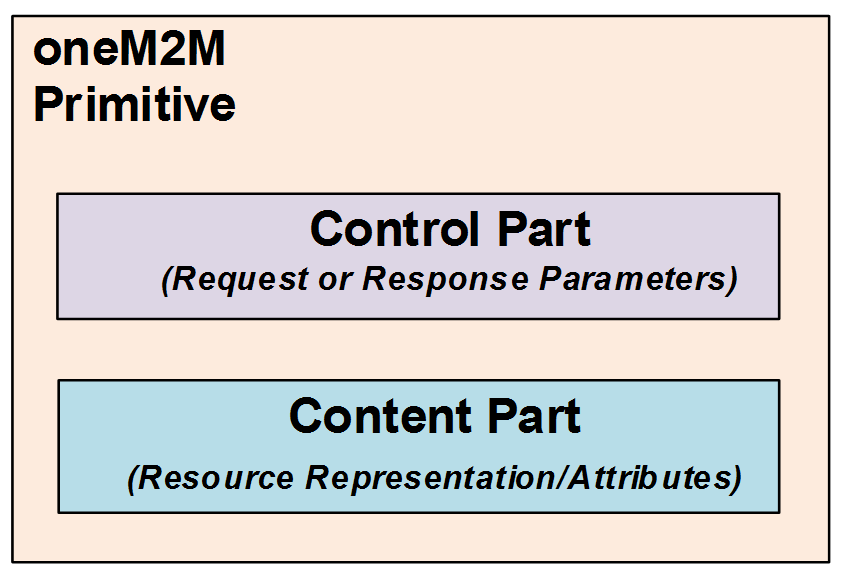 Primitives are encoded and serialized based on the particular oneM2M protocol binding being used.

The originator and receiver of each primitive use the same binding, and thus use compatible forms of encoding/ decoding and serialization/de-serialization.

During transfer, the control part is encoded based on the protocol binding being used and the content portion is serialized using XML, JSON and CBOR. 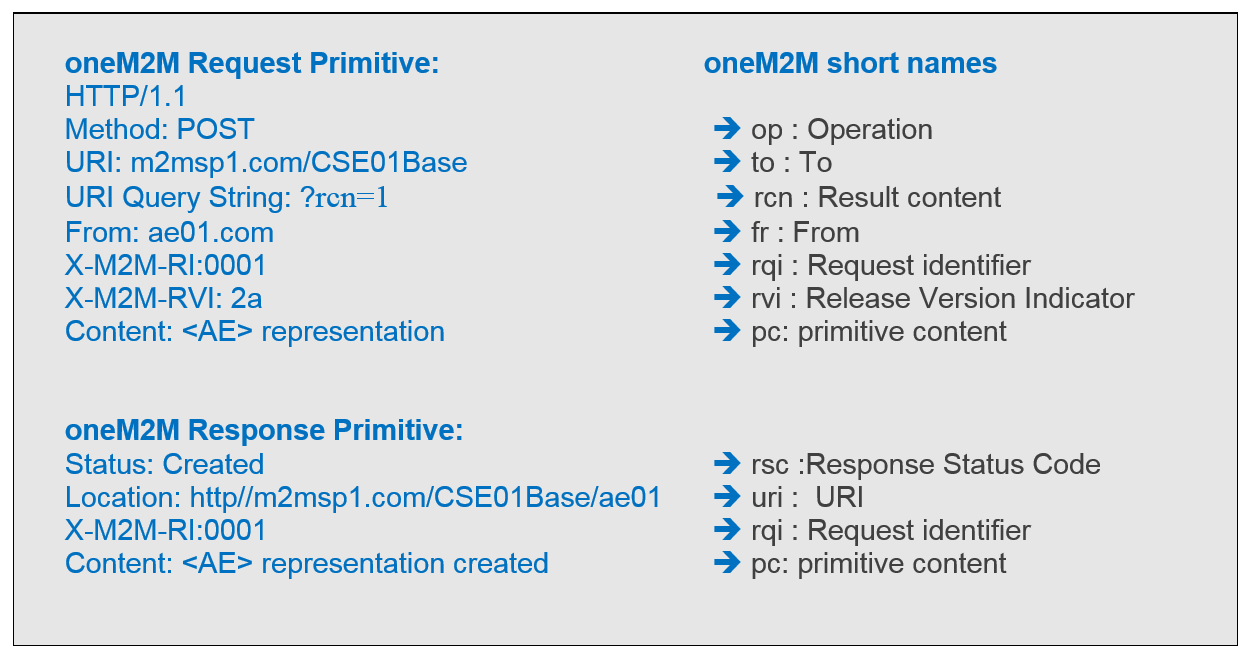 The Content part of a primitive contains serialized representation of a resource. oneM2M supports XML, JSON or CBOR serializations of resources.

This is an example of a oneM2M <container> resource representation in JSON format. 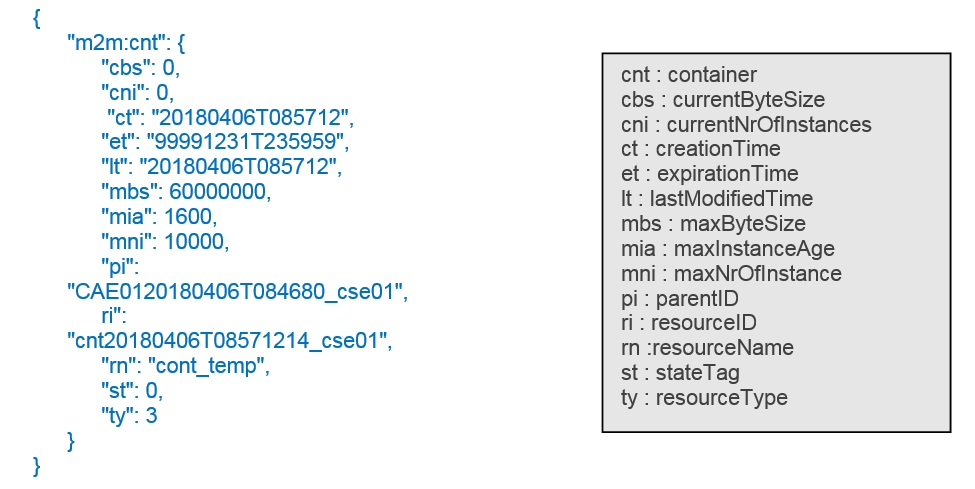 This is an example of a oneM2M <container> resource representation in XML format.